← more from
In a Circle Records
Get fresh music recommendations delivered to your inbox every Friday.
We've updated our Terms of Use. You can review the changes here. 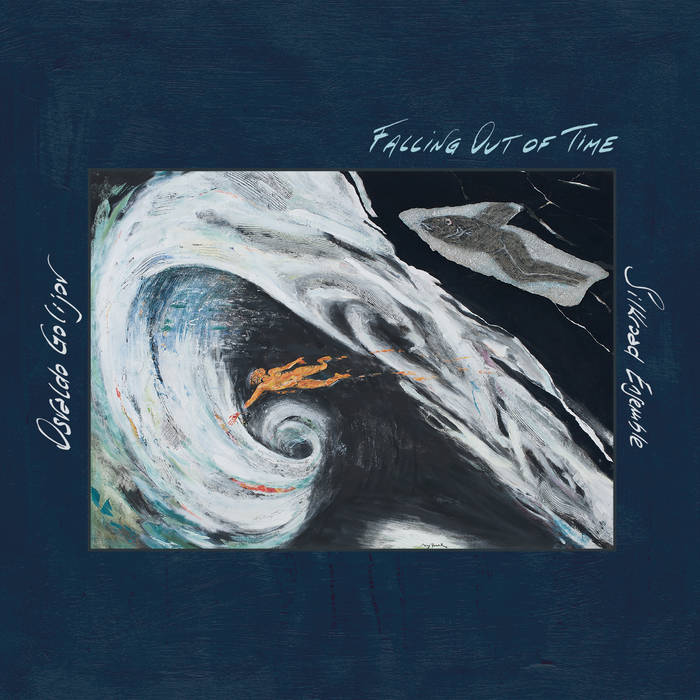 caetanovilela I directed the staging in São Paulo / Brazil for "Ainadamar" in 2015 and I confess that I was very curious about this new work by Golijov. I was not disappointed; it is brilliant, with a special and very theatrical sound. I know David Grossman's book and for me it is impossible to hear this beautiful work without imagining scenes on stage. #love

In a Circle Records is thrilled to present Osvaldo Golijov’s Falling Out of Time, written for and recorded by the composer’s longtime collaborators and friends, the Silkroad Ensemble. The group’s most recent albums include the Grammy award-winning Sing Me Home and the soundtrack for Ken Burns & Lynn Novick’s film, The Vietnam War (also available on Bandcamp)

The seed of this musical project was sown at a 2002 encounter between Osvaldo Golijov and Yitzhak Frankenthal, founder of The Parents Circle, an organization of Israelis and Palestinians who have lost family members to the ongoing conflict. Mr. Frankenthal shared the story of a bereaved father who could not reconcile himself to leaving his dead son and reentering the world of time. For many days he remained at his son’s side, at night sleeping upon the grave. Narrating with his actions a story of madness and truth.

The seed found soil 12 years later, when Osvaldo read David Grossman’s brilliant, almost unbearable novel about a man who walks, a father who describes with his feet impossible, ever-widening circles, driven to go to his dead son. Part play, part poem, part fable, the book is a journey “out of time” as parents grieve the death of a child, a quest to comprehend a loss beyond words. Osvaldo has conceived this 80-minute tone poem in voices for 13 members of the Grammy-winning Silkroad Ensemble, the collective whose delicacy of musical expression he describes as like ​“a harp of a thousand hairs.”​ In a form that he calls an​ “epic lament”​ and in a voice that draws from the musical and narrative roots of the the ballads of Central Asia and early Delta Blues, Osvaldo gives new expression to the timely notion that, as Edward Hirsch writes in his New York Times review of the book, ​“Grief is democratic. It crosses barriers and strikes at will.”

Osvaldo Golijov says: ​“When I first read Davd Grossman’s novel Falling Out of Time, I could think of nothing else. I felt I had to set it to music. And I knew the only people who could manifest in sound the infinitely nuanced world of the book are the musicians of the Silkroad Ensemble.”

Falling Out of Time was commissioned by Silkroad. Concerts at Tanglewood, Carnegie Hall and Celebrity Series in Boston have been postponed to the ’21-’22 season. David Grossman’s books have been translated into more than 30 languages, and Grossman is the 2017 recipient of the Man Booker Prize and the 2018 recipient of the Israel Prize for literature.

The Silkroad Ensemble’s Sing Me Home won the 2017 Grammy for Best World Music Album. The artists include Biella da Costa, twice awarded Venezuela’s “Premio Nacional del Artista”; Wu Tong, founding vocalist of Lunhui, the first rock band ever to appear on Chinese television; and the rising Dutch singer Nora Fischer, whose most recent US premiere was with the Los Angeles Philharmonic and Esa-Pekka Salonen. Among them the artists and production team on Falling Out of Time have won 13 Grammys.

Inspired by the exchange of ideas and traditions along the historical Silk Road, cellist Yo-Yo Ma established Silkroad in 1998 to explore how the arts can advance global understanding. Silkroad presents musical performances and learning programs, and fosters new forms of collaboration around the world. Since 2000, the musicians of the Grammy Award-winning Silkroad Ensemble have been central to Silkroad’s mission. Under the artistic direction of Yo-Yo Ma and representing a global array of cultures, the Ensemble models new forms of cultural exchange through performances, workshops, and residencies. The artists of the Ensemble draw on the rich tapestry of traditions from around the world that make up our many-layered contemporary identities, weaving together the foreign and familiar to create a new musical language.

Falling Out of Time
A Tone Poem in Voices

By Osvaldo Golijov
Performed by the Silkroad Ensemble

The artists of the Grammy award-winning Silkroad Ensemble represent dozens of nationalities and artistic traditions, from Spain and Japan to Syria and the United States, and draw on a rich tapestry of traditions from around the world to create a new musical language that weaves together the foreign and the familiar.

Bandcamp Daily  your guide to the world of Bandcamp